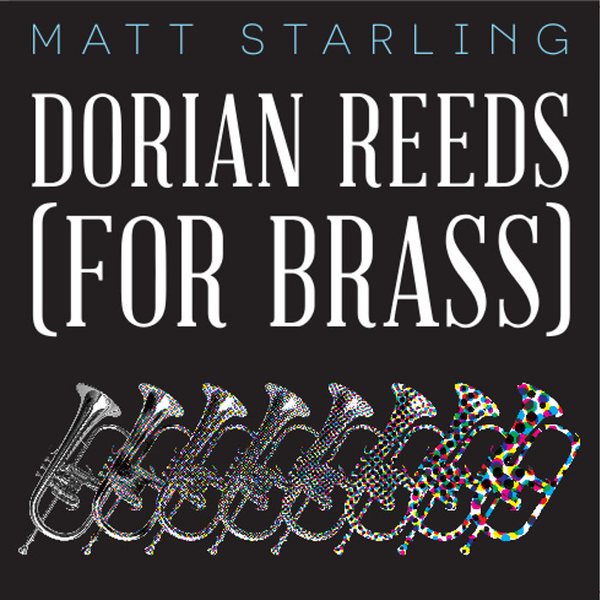 "(If you) have ever found yourself grabbed by an abstract painting, finding your imagination making transformative interpretations of lines and forms and losing yourself in inner spaces created by yourself and an unspoken dialogue with the artist, then you should find your ears will take up the challenge of Dorian Reeds in a similar way. Just to pick a moment at random, there is for instance a section from about 31 minutes in where just four notes tumble over each other in a joyous rhythmic consonance. If you enjoy change-ringing from English church towers of a Sunday then you can close your eyes and imagine a choir of shiny bells – blown rather than struck, but creating a comparable soul-tingling effect.

Masses of effort and time – three years from start to the final mix – have gone into this project, but the results show in the quality of what is delivered. Matt Starling’s affection for this music is watermarked through the entire performance. He deserves every acclaim for an achievement which not only revives a 20th century minimal classic, but shows us all how much good music there is still to be made with the meagre handful of conventional notes at our disposal."

Dorian Reeds (For Brass) is an adaptation of Terry Riley's 1964 Dorian Reeds for solo performer, microphone and two tape recorders.

The piece had only been recorded with a soprano saxophone up until this point. Starling, a brass instrumentalist since childhood, chose to record the piece using the flugelhorn due to its warm, captivating tone and its depth of sound when layered according to the instructions in the score. The production process began near the urban beaches of João Pessoa, Brazil with the recording of each portion of the score.  The parts were then edited, arranged, mixed, and mastered in Starling's production studio in Salt Lake City, UT, USA. While this particular piece had previously been approached mainly through live performance, Starling instead chose to produce the music over the course of several months in the recording studio, allowing him to leverage several powerful music technologies including high resolution digital audio (24/96), sophisticated computer audio editing, digital signal processing, and precision mixing tools. The result is pure hypnotic minimalism, with a pulsating and constantly evolving texture.