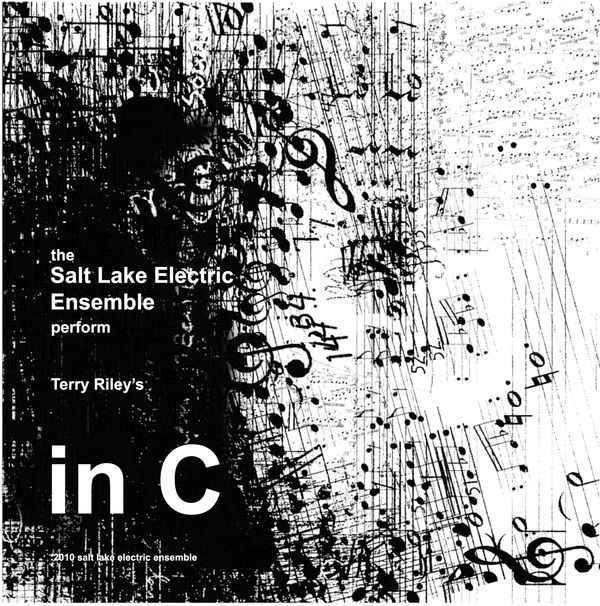 "...The Salt Lake Electric Ensemble's recording of In C is already the most important addition to the discography since the premiere recording..."

The Salt Lake Electric Ensemble delivered a fresh take on "In C" by using the musical instruments of our time, laptop computers. Made up of a broad array of local visual artists and musicians, the performers of SLEE take advantage of a tonal palette and rhythmic precision offered by modern technology. Adding the drive of a live percussion section, this interpretation of "In C" will be sure to appeal to
fans of experimental rock, electronic/dance, and New Music.

Formed in the summer of 2009, the Salt Lake Electric Ensemble grew out of the desire of group director Matt Starling to interpret Terry Riley’s masterwork “In C” on the laptop computer. From early rehearsals comprising only two or three members, the ensemble has steadily expanded to eight. After many careful
months of planning and rehearsal, the Salt Lake Electric Ensemble officially released their recording of “In C” on June 30, 2010.